What You Need To Know About Almonds 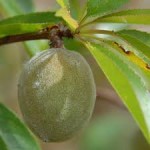 For many years I did not eat almonds, even though everyone told me I had to – “they are so good for you” – I was told over and over again.  I did not really like the taste and I eat a pretty good diet already, why did I have to add something else?  That all changed when I had some tamari roasted almonds at a friend’s house – I was hooked!  I figured out how to make my own, which is way less expensive and I started adding them to other recipes.  Almonds were now a part of my diet.  I thought I was doing the right thing by buying raw, organic almonds, but then I was sent an email and things changed and not for the better!!

The email I received had a link to an article, which I clicked on and read, but then thought well that does not pertain to organic, raw almonds…  This is directly from the link:

“Due to an outbreak of salmonella in 2001 and 2004 from almonds, the federal government has mandated that all almonds grown in the United States must be pasteurized to kill any bacteria. The problem lies in the fact that many companies are using the inexpensive process of applying a chemical called propylene oxide (PPO) in order to pasteurize the almonds. PPO is so nasty that it was banned by both the Hot Rod and Motorcycle Racing Associations, where it had been used as racing fuel before being deemed too dangerous. PPO is also used in manufacturing polyurethane foam, antifreeze and hydraulic fluid and is classified as a probably human carcinogen.”

Starting September 1, 2007, due to a mandate that was passed by the USDA, FDA and the California Almond Board, all almonds and that DOES include organic must be pasteurized.  There are 4 ways to pasteurize almonds, but all change the nutritional makeup of the almond, itself. The 4 methods are: steam processing, high heat treatment or roasting, blanching and highly toxic fumigation treatment with propylene oxide (PPO).  The two most used are steam processing and PPO fumigation. 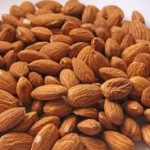 If the almonds you are buying are labeled organic, than they have been steam processed.  This process was delineated to the organic sector.  This method has been shown to devalue the nutrients, enzyme activity and antioxidants properties of the almond.

If you are buying almonds that are not label organic STOP!  These are processed using the PPO fumigation.  PPOs, remember were considered so nasty that they were banned by  both the American Motorcycle and the National Hot Rod Associations and were also banned by the following countries: Mexico, Canada and the entire European Union. The reason these countries banned it was because of its known carcinogenic risks to human beings!  You then need to ask yourself, then why is the US allowing its use on our almonds and not telling us!!!!

Remember I stated above that pasteurization was passed by the USDA, FDA and the California Almond Board to protect the health of the US citizens.  If that is truly the case than why does the EPA declare PPO a carcinogenic chemical that is responsible for  neurological, gastrointestinal, respiratory, immune system dysfunctions and liver disease, to name a few.  Here is what the EPA says:

“Propylene oxide is used in the production of polyethers (the primary component of polyurethane foams) and propylene glycol.  Acute (short-term) exposure of humans and animals to propylene oxide has caused eye and respiratory tract irritation. Dermal contact, even with dilute solutions, has caused skin irritation and necrosis in humans. Propylene oxide is also a mild central nervous system (CNS) depressant in humans.  Inflammatory lesions of the nasal cavity, trachea, and lungs and neurological effects have been observed in animals chronically (long-term) exposed to propylene oxide by inhalation.  Propylene oxide has been observed to cause tumors at or near the site of administration in rodents, causing fore stomach tumors following ingestion via gavage (experimentally placing the chemical in the stomach) and nasal tumors after inhalation exposure.  EPA has classified propylene oxide as a Group B2, probable human carcinogen.” 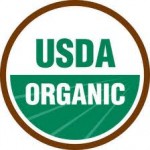 In order to have truly organic, raw almonds they need to come from outside the US.  This is just another reason why we all need to demand that our food is labeled and we are aware of what we are putting into our bodies, our families and our children!!  The worst part of what I have found is that there was no reason for organic nuts to go through this process – the outbreak was with non-organic nuts (sounds a little like what they are doing with the raw milk industry- but I won’t go there, for now!).

So what can you do if you love almonds and want to continue using them in your diet and your cooking?  Here are some options for you:

If you are buying at your local grocery, natural food store, Trader Joe’s and/or Whole Foods – you need to buy organic, you will then know that they were steam processed.

For truly raw, organic you can order from the following companies:

http://nuts.com/nuts/almonds/organic.html  I called them to get some more information.  Yes, you can order raw, organic almonds from them which are imported from Spain.  If you purchase their almond meal/flour – needs to be organic and it is made from American almonds that have been steam processed.  They are so friendly at this company, the customer service is great and they don’t mind answering all your questions!!

I have US, organic almonds that I will be using up and then I will be ordering from nuts.com.  For my almond meal/flour – well I am even more thrilled that I saved my money and purchased a Vitamix – I will be making my own – look for that blog in the next couple of months!!

Question everything, know what you are putting into your body – you only have the one and it needs the nourishment from the best possible foods!!! Happy and healthy eating to you!!

Copyright secured by Digiprove © 2012
This entry was posted in Nutrition and tagged almonds, pasteurization. Bookmark the permalink.

7 Responses to What You Need To Know About Almonds