How To Make A Beach Cover Up

I am not a big water person, but Stella is and if she had her way any chance she had she would be in the water. The other day we were at the pool and by the time we went to leave her lips were purple – the water was that cold, but she was in it the whole time!  She has her swim bag – which is working out great – so I decided to add to that and make her a beach cover up.

Stella loved princesses and had many a princess item – one of them being her bath towel.  As she has matured, the princess towel is no longer used and has spent the better part of a year in the linen closet – so it needed a new purpose!  This cover up pattern uses a towel – so instead of buying a new one – why not use an old one that still has some life in it?! 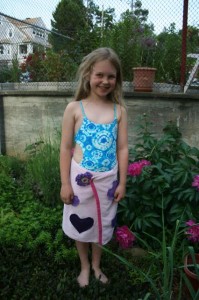 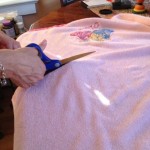 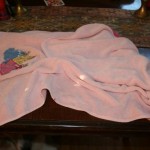 1. Cut the towel to fit the person.  I cut the length so it fell about knee length and the width was about 5″ more than waist measurement.  You want to leave at least two of the seams of the towel in tack.

2. Sew the edges of the cut towel – folding the end over twice – to stop the fraying of the towel.  I had to hand sew the corner – they were just too thick for the sewing machine. 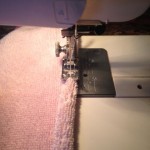 3. I decided to use the felt flower I made this week during the Kids Craft Corner – I just added a button to the center.  Place the button where you want it to close – sew on. 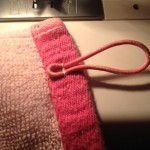 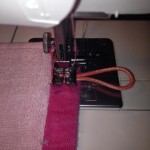 4. Taking a piece of elastic (we used a pony tail holder) – sew on the other end of towel – so that it matches up with bottom for closing. 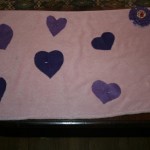 5.  Add fun items to the towel.  I decided to cut some hearts out of felt with pinking shears – in purple, Stella’s favorite color.  I then sewed them on randomly. 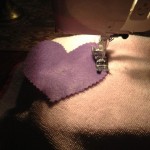 6. If you so choose you can add some ribbon to the bottom of the wrap. I chose not to do this, but the picture I saw of this idea had some along the bottom and it looked nice.

7. I decided to add a snap on the inside of where the cover closes – I figured this is for a kid and they move around a lot – so I wanted to make sure that the wrap would stay on. 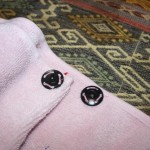 Stella is all set now for any swimming outing that may arise! 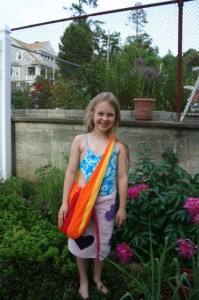 One Response to How To Make A Beach Cover Up