The Start Of Our Halloween Festivities 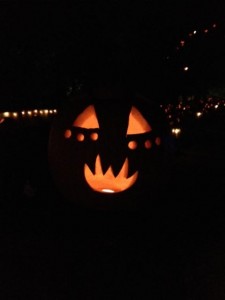 This past weekend was the start of the Halloween festivities for us.  Living next store to Sleepy Hollow and the all things Headless Horseman, Halloween is a big deal here.  Each weekend there is something for the kids to do and this past weekend was the annual Scarecrow Making event in the park.  We have done this each year we have lived here, but one – and that was because of a soccer conflict.

There is preparation that goes into the making of a Scarecrow.  First is getting the clothes – so off we went to our local Good Will store.  When we walk in we check as to what color is half off and that is what we search for – then it is off to the mens section.  We chose a pair of green khakis and blue patterned button down shirt.  The total cost $5.15.  Once we got home the clothes, along with scissors, string and colored sharpies went into the Scarecrow making bag – hung it on the front door and we were ready! 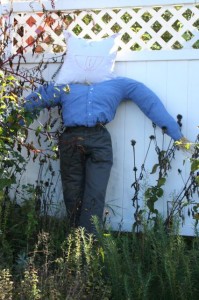 Saturday morning came and first was breakfast, then off to the school gymnasium for 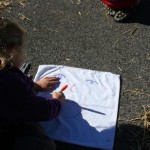 soccer photos, then to soccer practice, farmer’s market and then to Scarecrow making.  While we were waiting for the posts, pillow cases and straw to be handed out, Stella met up with her friends and it was off for some playing at the playground.  The 5 minute 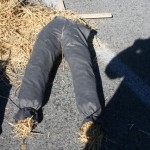 call came, so a quick search and holler for Stella and we were ready to get in line and get our stuff!  Stella went to work on drawing the face as I stuff the pants and put them on the stake.  We then put the shirt on, stuffed it and then when we went to put the head on realized that it had been drawn upside down!  No worries, we had our scissors – so two slits were cut into the back and were able to slide the stake through!  We had our Scarecrow! 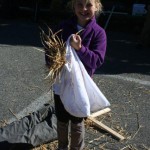 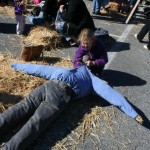 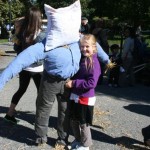 The afternoon was spent baking and hanging out.  It turned a little cold this past weekend 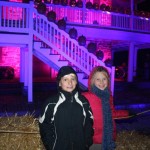 – one night we had a freeze warning.  We then got all bundled up – hats, scarves, winter jackets and hats to get ready for the Pumpkin Blaze.  Now I have boycotted this event for the past several years mainly because of the financial support of Entergy 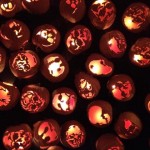 (that is another thing, but Entergy is the owner of the nuclear reactor in our backyard!)  Bu, I finally gave in since I heard so many good things!  I am so glad that I did.  We went with Stella’s buddy Mateo and his grandmother (they had never been either).  The traffic was more than I thought it would be and as we inched along to the parking lot – we tried to see how long Mateo could stay quiet – about 2 minutes!! 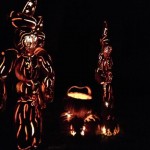 The awe factor started as we walked through the first tent. I may have enjoyed this more than the kids – stopping to admire, gawk and takes photos!  The pictures don’t even touch on the amazing craftsmanship of these pumpkins and the creation of the themes. 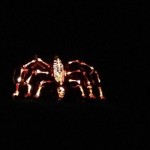 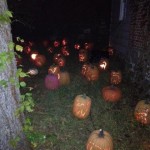 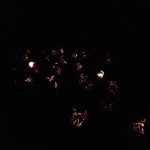 If you are ever in the area during October I highly recommend you get tickets and go to the Pumpkin Blaze! 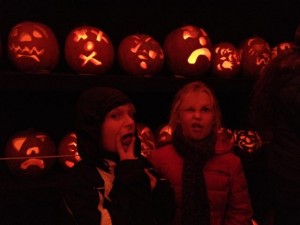 2 Responses to The Start Of Our Halloween Festivities