I have been reading recipes that call for arrowroot, which I have never used and wanted to make something using it – I was curious.  I went to the store and bought some and on the back was a recipe for vanilla pudding.  Why not?!  I changed the recipe up a little since it called for soy milk and we do not use soy milk, but I had coconut milk – so made the swap.

The arrowroot plant is native to South America.  The powder is extracted through a process from the root to get the powder. Arrowroot is an easily digestible starch.  It is used as a thickener in puddings and sauces and can also be used in baked goods.  It has no flavor, which makes it suitable for neutral diets.  It really does not have much nutritional value. 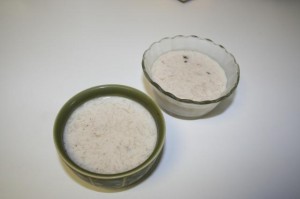 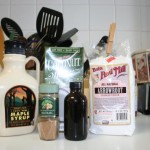 1. I n a glass measuring cup, measure 1/4 cup coconut milk and add the arrowroot. Stir to dissolve and set aside. 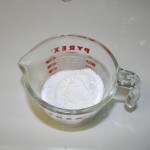 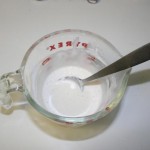 2. In a medium sized saucepan, pour the remaining 3 3/4 cups coconut milk, maple syrup and pinch of salt. Bring to a boil over medium heat – stir constantly. 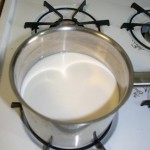 3. Add the arrowroot mixture and stir until mixture thickens. 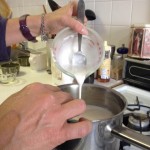 4. Take the pudding off the heat.  Add the vanilla and nutmeg.  Stir well. 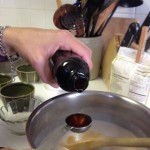 5. Pour into serving dishes and place in refrigerator until cold. 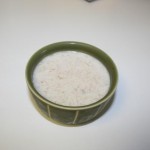 This pudding will not set the same way as package pudding.  It sets, but is not as firm as what I think of as pudding.  It is very rich, very delicious and you don’t need much!  Stella and I split one serving dish of pudding and were both satisfied.