This year Stella was accepted into the Science Challenge program at school and she is loving it!  She chose to do the more intense program – which was to learn about experiments and then put together your own experiment.  Since we are rock hounders, Stella decided to do her research and experiment on crystals.  We have mined for crystals in Arkansas and New York and she has found some beauties.  The research began and she typed and turned in her paper and then the experimenting began.

Her first round of experimenting came with disappointing results.  She followed the directions to produce alum crystals and then changed up the directions to see what would happen there – both experiments did not produce crystals.  Stella and I discussed why the one that should have worked did not – we are not sure why – was it that the water was not hot enough, did she not stir enough for the alum to become dissolved, is because bowl was moved or was it because it was a pottery bowl used?  Not sure – but another round of experimenting moved forward. 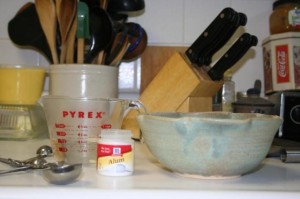 2. Add the alum and stir until completely absorbed. 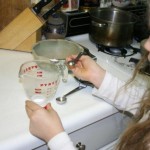 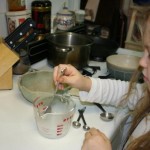 3. Pour the mixture into a glass bowl – do not disturb. 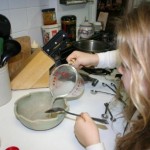 In a couple of hours crystals should begin to form. 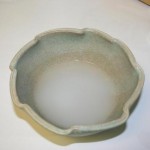 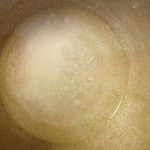 The counter experiment was using blue food coloring and half the water and alum.  Using hot water stirred to dissolve and then put in the refrigerator.  End result – no crystals. 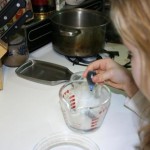 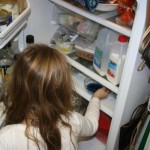 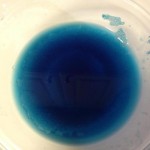 Stella was never was able to create a crystal.  She did 4 additional experiments and the last one was done after reading internet postings as to why a crystal is not forming. She tried using boiling water, cold water and a heating source, hot tap water and then letting the solution settle and only pouring the liquid into the bowl.  She typed up her observations, printed her pictures and brought it into science challenge class to put on the poster board – can’t wait to hear what her teacher had to say. 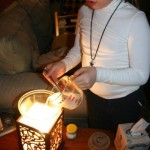 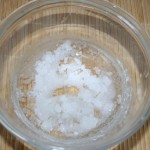 End result from heat source – water all evaporated – no crystals 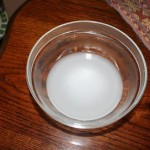 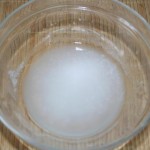 I felt a little guilty that I did not help Stella with her experiments and assignment.  Why you ask – because several of Stella’s friends’ parents did most of the assignment and sat with them telling them what to type up – so will they get a better a grade than Stella or will the teacher realize the difference between the turned into assignments?  I did review her assignment and made suggestions, but I did not do any of it and am very glad that I let her do HER assignment.  Hoping the next one has the outcome she predicts!

Copyright secured by Digiprove © 2013
This entry was posted in Kids Crafts and tagged alum, crystals, making crystals. Bookmark the permalink.