The Holiday Season Has Started

I hope you all had a joyous Thanksgiving Day and weekend.  Some of my family came to the NYC area for the holiday and Stella and I went into the city for a couple of days.  The days were packed with activities – with some things be firsts for us.

On Wednesday we were fortunate to catch a ride into the city with our neighbor.  We 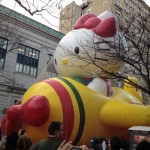 always take the train and when I told Stella that we were going to drive in – she said I didn’t know you could drive to the city!  We got to the hotel, hugs all around and then out we went.  Stella has been saving for an America Girl doll – first stop – the American Girl Doll store.  Stella’s new doll is Kaya, an American Indian girl from 1764 and from the Nez Perse tribe.  We then headed to see the blowing up of the Macy’s Thanksgiving Day parade balloons. 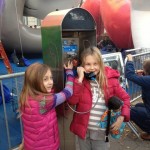 We did this a couple of years ago – unplanned – we had gone to the Museum of Natural History and afterwards were going to sit on the benches outside and enjoy our lunch, but when we walked around the side of the museum we saw all the balloons – really cool.  As we were walking along and checking out all the balloons – we came upon a pay phone, Stella and her cousin ran over to it and pretended to make calls.  I asked them if they knew what it was – Stella told me that it was a type of phone that you had to put money into and then you could call someone. Oh, how things are changing.

Thanksgiving day we were up early and out the door to line up to see the parade.  We arrived at our spot at 7:30 – with the parade starting at 9am.  If you are going to go – I 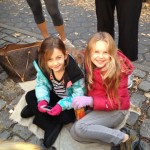 would recommend bringing chairs, foot warmers, breakfast, hats, gloves and games to occupy the waiting time.  We could not leave our spot to go and get something to eat or to use the bathroom.  The girls watched part of a movie and then we all played Apples to Apples to pass the time.  I am one to always have snacks on me when we are out and about – so we did have a few things to nibble on – hard boiled eggs, apples and pistachio nuts.  Then it was time – the parade began!  We watched it for almost 2 hours and then left, to beat the crowds but to also get warm and use the bathroom.  We made it back to the hotel in time to watch the last of parade!  I am really glad that we did this and can now check it off our list. 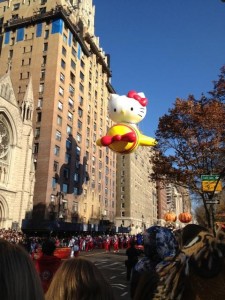 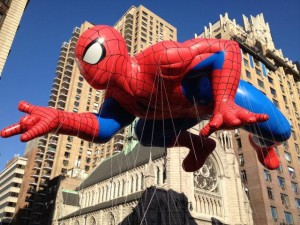 The Thanksgiving meal was spent with more family.  Football was watched, games were played and conversations were had to get to know each other and to catch up. 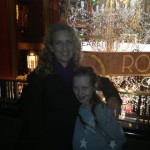 Friday morning it was off to see the Rockettes.  The really great thing about this Christmas Spectacular was that we had 3 people who had never been to Radio City Music Hall and had never seen the Rockettes.  After the show it was off to have a wonderful lunch at Docs.  After lunch everyone went their separate ways.  Stella and I headed uptown to the Museum of Natural History to see the Cultural Kitchen exhibit. If you are in the NYC area I highly recommend checking the exhibit out.  Well done. 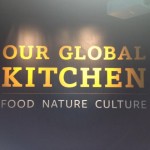 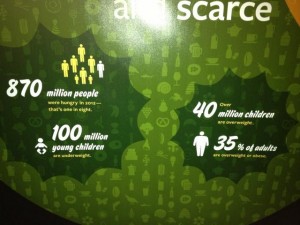 Saturday was a day to relax, unpack and do some chores – because Sunday was another day filled with things to do.

On Sunday we headed over to Sunnyside, Washington Irving’s homestead.  Usually 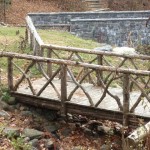 Sunnyside is closed this time of year, but they were doing a special weekend tour.  The house was all set up as it would have been during the holiday season in the 1850’s.  Photos are not allowed inside the house.  I always love going through the historical sites in the area and seeing how they used to live.  It was a lot of hard work, but also with no electronics, etc, time was spent with friends and family partaking in music, dance, reading, conversation and games – lovely. 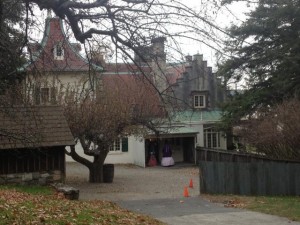 After Sunnyside it was over the Hudson and to the mall for a birthday party.  I am not a shopper and if one ever wanted to torture me they could drop me at a mall and leave me.  Traffic was bad so there was no going home and back again – so after finding the place in the mall for the party I ventured into the Apple store – hoping to buy the new iPad mini.  It always amazes me how crowded the Apple store is – no matter the time.  They were sold out of the mini and had been for several weeks.  I was told that I could order on line for an in-person pick up and come back to the mall tomorrow to pick it up!  I just looked at the sales person and said if I am going to order on-line can’t I just have it delivered to my house – I was told yes and that is what I am going to do.

So now that we are officially in the Holiday season, these next few weeks are going to fly by!

Copyright secured by Digiprove © 2012
This entry was posted in Life and tagged Macys, Sunnyside, Thanksgiving Parade. Bookmark the permalink.

One Response to The Holiday Season Has Started