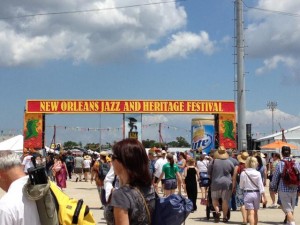 I love the New Orleans Jazz Fest.  The first time I went was in 1996 on my move from Atlanta to Houston.  I went with my sister and we had so much fun – I was hooked.  I have tried to go almost every year since then, but of course life does have a way of getting in the way of plans and fun.

I only spent 1 year in Houston and then was transferred to San Francisco, but I made a life long friend – he was my running partner.  When you train for marathons, you run for a long time when practicing, a lot of time to learn about each other.  Beau, was reluctant at first when I asked him to be my running partner – we worked together and he did not like my work persona, but felt like he could not say no.  He decided he liked me outside of work and a friendship was born – also I think he liked the fact that I pretty much talked the whole time we ran, which made the time go by faster.  I also became friends with his wife Lorrie, she was our designated driver for our fuel up dinners before a big race, she is also a fellow crafter.  Beau is from New Orleans and when they retired they moved from Houston back to New Orleans. 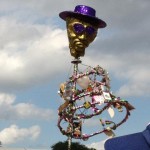 Jazz Fest is always the last weekend in April and the first weekend in May, so it was that time of year again, I was living in San Francisco, but Beau & Lorrie were now in New Orleans – the phone call was made “Hey I am coming for Jazz Fest, can I stay with you guys? What!, you have never been? You need to go!” and that is how a tradition was born.  Since then I have only missed a couple of times and Stella loves it – she has been attending since utero and has only missed I think 3 in her 8 years. 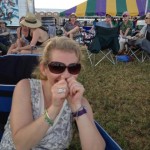 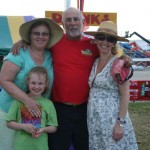 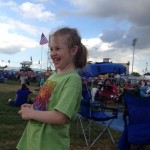 We have our routine.  We figure out what stage we want to be at at the end of the day and that is where we set up our chairs, blanket, etc and that is our home spot.  Then it is what food are we going to try and where is it located – they do write ups in the paper of old standbys and new additions, which is very helpful! 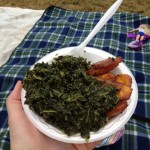 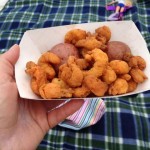 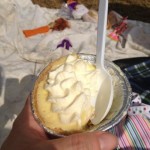 The first day of the second weekend started off with the sun shining and the temperature hot and humid.  About an hour after we set up our spot, the clouds came, a breeze started and the temperature seemed to cool, just slightly.  The day was filled with fun, food, music and great company!

Stella was picked to dance on stage in the kids tent.  It was an song from the opera Hansel and Gretel – she was so excited! 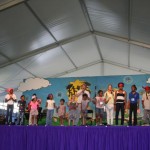 Walking around the festival you come across so many different acts, people, stages, and who knows what… 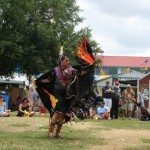 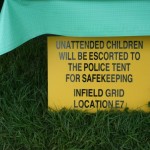 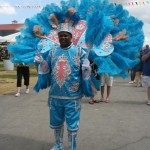 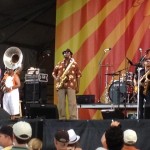 And of course the music.  We set up camp at the Acura stage and were treated to some wonderful music: Hurray For The Riff Raff, Glen Hansard, Honey Island Swamp Band, The Dirty Dozen Brass Band and the finale – Jimmy Buffet with Mac McAnally. 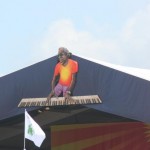 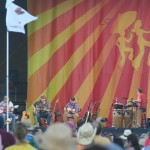 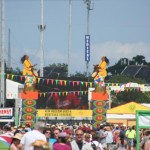 And I will leave you with some Jimmy Buffet and the fun that was had!