Winter for most of the United States has been unusual this year and for Colorado ski country that has not been good.  The base on the top of the ski mountain last week was 41″ and as of yesterday it was 89″.  Steamboat is known for their Champagne Powder and boy did the powder come this week.  The storm started on Sunday and has pretty much snowed off and on since. 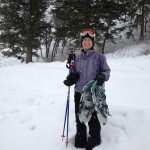 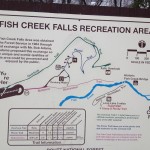 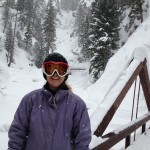 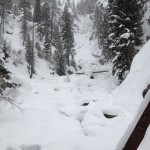 Sunday I went for a snowshoe with Wayne at Fish Creek Falls – a beautiful area with long trails, a water fall, river and a lake (if you want to do the 10 mile hike).  We warmed up by taking the trail down to the falls, which of course are frozen and then it was up hill towards an old mine.  With the snow falling and the storm 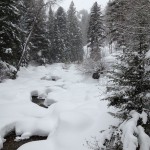 clouds low it was quiet and still.  We could look across the meadow and valley and see other snowshoers but could not hear them.We hiked up hill for a little over an hour and then headed back down.  I love to snowshoe and it is a great workout.

Stella started snowshoeing when she was 2!  Living out here when 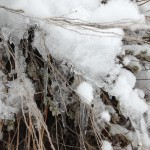 she was younger,  snow up to 8 months of the year, temperatures go down to -35,  the kids learned at a young age to do so many things out in the snow.  She loves the snow and when she was a baby I would shovel the deck of our house and leave a snow slide – which she would play on until she was blue and then get so mad and upset when I made her come inside!

There has been sledding, snowmobiling, snowshoeing, skiing and walks in the snow.  Even though we have not had much snow in New York, we have gotten our fill this week in Colorado. 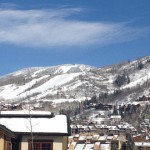 The ski mountain before the storm 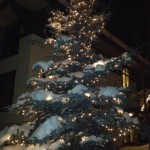 And the snow started 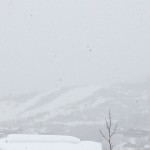 The ski mountain during the storm 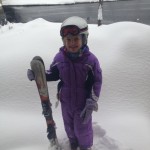 Stella was lucky to be able to do ski school for 2 days, she loves to ski and I have a hard time keeping up with her – she is fast!  I did not ski with her on this trip, but Grandpa Wayne did.  I am a little envious of Stella, getting to ski all that fresh powder!  On her first day on the mountain she skied and hour before ski school, then 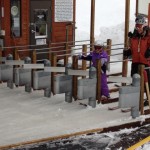 had ski school  from 9:30am until 3pm and then another hour with Grandpa – and if she could have skied longer she definitely would have! It snowed all day, so they just stayed on the bottom half of the bottom of the mountain (I know a little confusing!)

Her second day on the mountain was better conditions, snowed a little in the morning and then cleared.  The sun did not shine, but it was bright out.  She 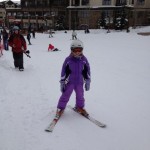 did ski school again from 9:30am – 3pm and then skied an hour with Grandpa.  I wish we had one more day so that we could have skied together, but that will have to wait until next year. Stella moved up to level 4 and her instructor said she was the star student!  She can now Christie turn and parallel ski – yeah!  She had a blast! 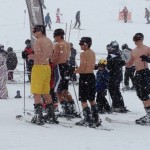 And a day in the snow would not be complete without a soak in the hot tub!! 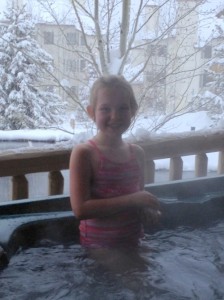 As you read this we are on our way back to the East Coast.

Copyright secured by Digiprove © 2012
This entry was posted in Outings. Bookmark the permalink.