Easy Fingerless Mittens and Yes I Made Them For a Boy!

Fingerless mittens seem to be the thing this year.  I was able to finish this pair in time for Christmas, once I got started they were easy and I only had to make one alteration when I was done.  I made this pattern up – since I could not find a good one for a boy.  The only thing that was a problem was the thumb gusset.  Looking at several patterns I made the pattern consistent with them, but when it was done the thumb gusset was too big, so I had to sew it up some.  Stella really liked these and so did I – so two more pairs I think will be made shortly!

I suppose these could be made on double pointed needles, but since I DO NOT like knitting on them – I chose to do on straight needles and sew up the seam. 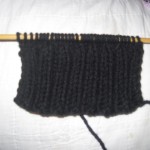 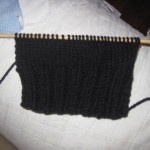 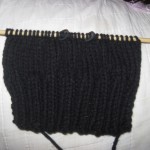 Repeat row 3: you will now have 46 stitches 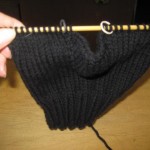 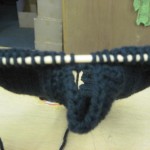 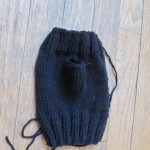 Bind off loosely, following pattern, leaving a long tail (you will use the tail to sew up the seam). 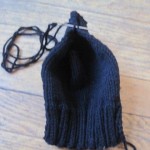 Sew up the seam and weave in ends.

If need be, use some of the yarn to sew up the thumb gusset and make it smaller. 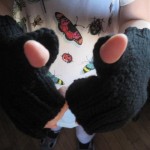 see the difference in the thumbs? 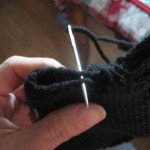 sewing the thumb up

And here they are!

Copyright secured by Digiprove © 2011
This entry was posted in Crafts and tagged unisex fingerless mittens. Bookmark the permalink.

2 Responses to Easy Fingerless Mittens and Yes I Made Them For a Boy!